Mr. McKee's criminal defense practice ranges from traffic offenses to murder. He has been involved in countless high-profile criminal cases in Maine over the past 28+ years and is a veteran of over 200 civil and criminal jury trials. Mr. McKee's practice is statewide and also includes representation of criminal defendants in federal criminal matters in Maine's federal district courts as well as the First Circuit Court of Appeals in Boston. As one Federal judge put it, Mr. McKee's defense of the accused is nothing less than "outstanding" and rises "above and beyond the call of duty."

Mr. McKee's personal injury practice focuses on automobile accident cases but also includes premises liability and general negligence matters. He has handled numerous, significant automobile collision cases and has obtained multi-million dollar settlements and verdicts in a variety of negligence cases. He serves on the Board of Governors of the Maine Trial Lawyers Association and is a strong advocate for corporate responsibility in Maine.

But that's not all he does. Mr. McKee also maintains an active general litigation practice representing businesses and individuals in cases throughout Maine. There's virtually no matter that he has not fought and litigated over. He also represents professionals before dozens of State of Maine licensing boards

Mr. McKee is recognized around the state as one of Maine's premier attorneys. His awards and honors are extensive and noted in full below. In addition to his work with clients, Mr. McKee served as president of the Maine Association of Criminal Defense Lawyers (MACDL) from 2006-2008 and continues to work as chair of MACDL's Legislative Committee, on the Executive Committee, and as MACDL's Treasurer. He has served on MACDl’s Board of Directors for nearly his entire career. In his capacity as Chair of MACDL’s Legislative Committee he testifies regularly before the Maine Legislature on criminal legislation, and his advocacy in this arena has been called "polished" and the work of someone who "doesn't break." Mr. McKee also serves on the Board of Directors and the Executive Committee of the Maine Trial Lawyers Association. 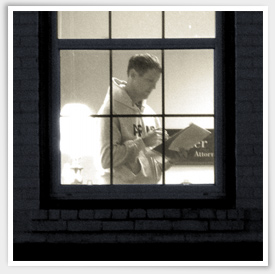 Mr. McKee also served for five years as the Chair of the state's Commission on Governmental Ethics and Election Practices. At his confirmation hearing he was described as someone who was one of the state's "most talented and skilled attorneys" who was "respected by judges and his colleagues" for being someone "absolutely by the book" and "a straight shooter."

Mr. McKee's work ethic has been called "legendary." From the start of his career to the present day he has risen at 3:00 a.m. and gone directly to work, day in and day out, every week of the year. He has been called, begrudgingly, by one long time law enforcement official, "the Tom Brady of attorneys" for his tireless commitment to excellence and unfailing drive every day to do the very best for all of his clients.

Mr. McKee is a sought after lecturer on trial practice, criminal defense, and evidence. He recently served on the faculty of the Harvard Law School Trial Advocacy program. In a similar capacity he has served on the faculty of the Maine Trial Lawyers’ College of Trial Advocacy as well as their Litigation Institute on multiple occasions. For the past 16 consecutive years he has been a presenter at MACDL’s Annual Seminar as well as the Maine State Bar Association’s Legal Year in Review.

Mr. McKee lives in Hallowell with his wife, Kristin Aiello. Kristin has her own practice, Aiello Law, specializing in the representation of persons discriminated against because of their disabilities, and has litigated numerous ground-breaking disability discrimination cases, including the 2001 case of Doe v. Rowe, 156 F. Supp. 35 (D.Me. 2001), which is cited around the United States as a seminal case establishing voting rights for people under guardianship. Prior to opening her practice Kristin served for 25 years as an attorney at Disability Rights Maine.

Mr. McKee is an avid runner, skier, and mountaineer; was a private pilot for many years; and served for eight years as a JAG officer with the Maine Army National Guard.

Mr. McKee is also active in community affairs having served for many years as a youth soccer and track coach, and as the president of a non-profit local music school. He currently serves as a member of the Hallowell Board of Appeals and the Augusta Historic Review Board.

Mr. McKee does not sleep.

This website is for general information purposes only. It is not intended as advertising, and neither solicits business nor offers legal advice. McKee Law does not seek to practice law in any state, territory, or foreign country where they are not authorized to do so. Please do not send any confidential information to McKee Law through this site. Please direct your comments and questions to [email protected]
©2019 McKee Law. All rights reserved.